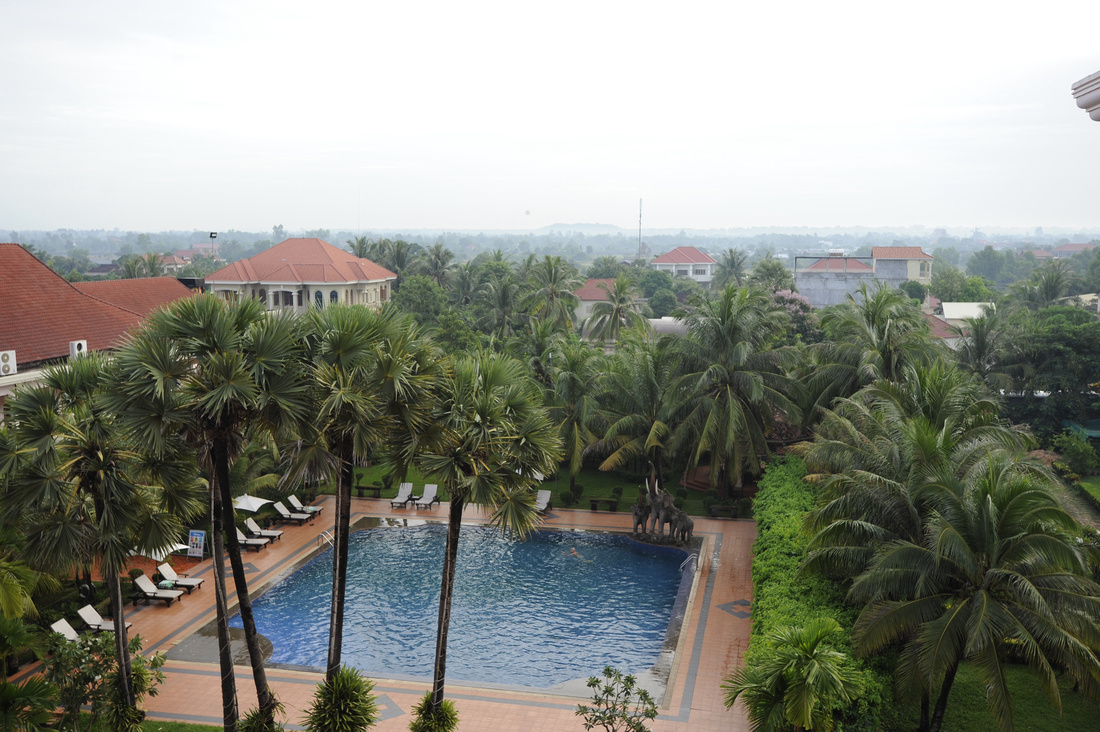 What a way to wake up in the morning, eh?  We're in a beautiful hotel here in Siam Reap and it's already hot and muggy.

We arrived at the Airport in Siam Reap last night at around 10:30pm and things went smoothy.  After about 18 hours of being on a plane, we were ready to get some fresh air and a good night's rest. 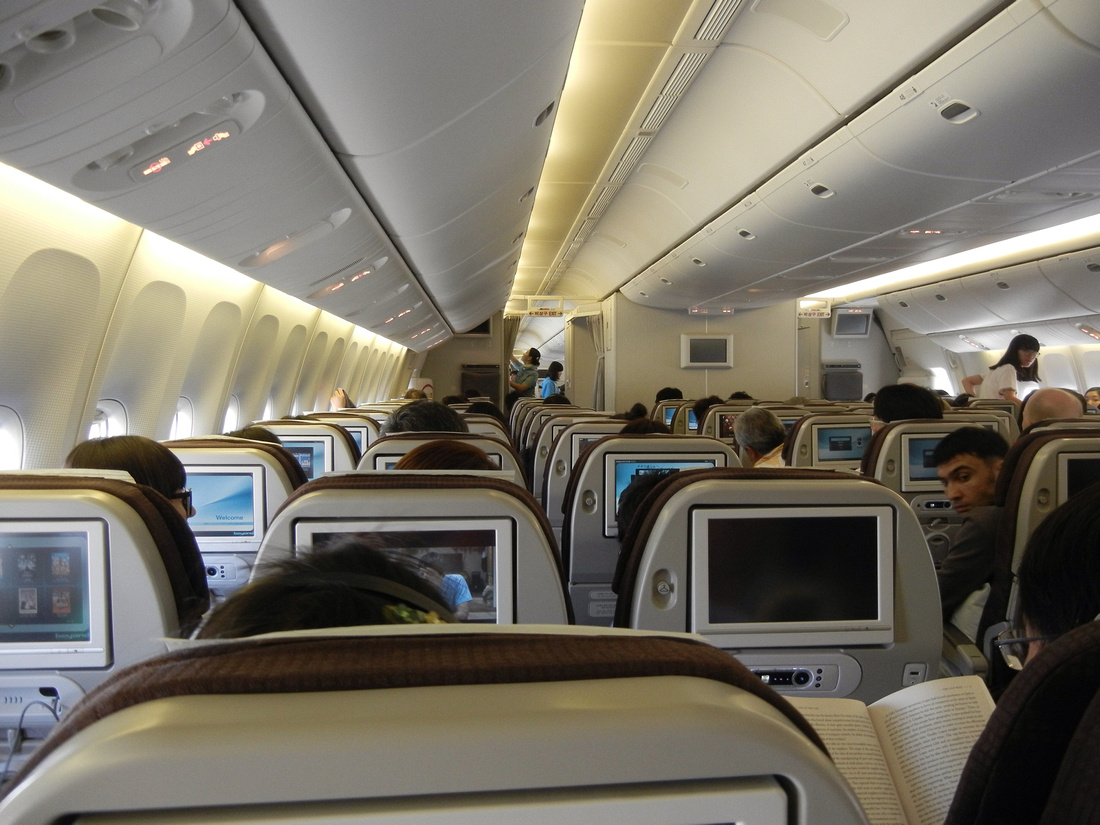 The plane right over was actually pretty comfortable.  We flew on Korean Air and I think their motto translated into English is, "Feed them constantly and they won't complain."  We pretty much just ate, watched movies, and ate some more.  The food wasn't bad, but it will probably take a day or so to recover from the bloat.  My plan was to not sleep until we got here in order to more easily align my body to the new time - and so far it seems to be working.  I was pretty tired last night and slept great.  We woke up this morning at around 6:30 and as far as I can tell my body seems to think it's really morning.  We'll see how things go today and if that continues to be true.

One of the neat things about being here is that Rosa will finally get to see her two older sisters after more than 30 years separation.  When we got into the airport last night and came out the front we had our own cheering section. :-) 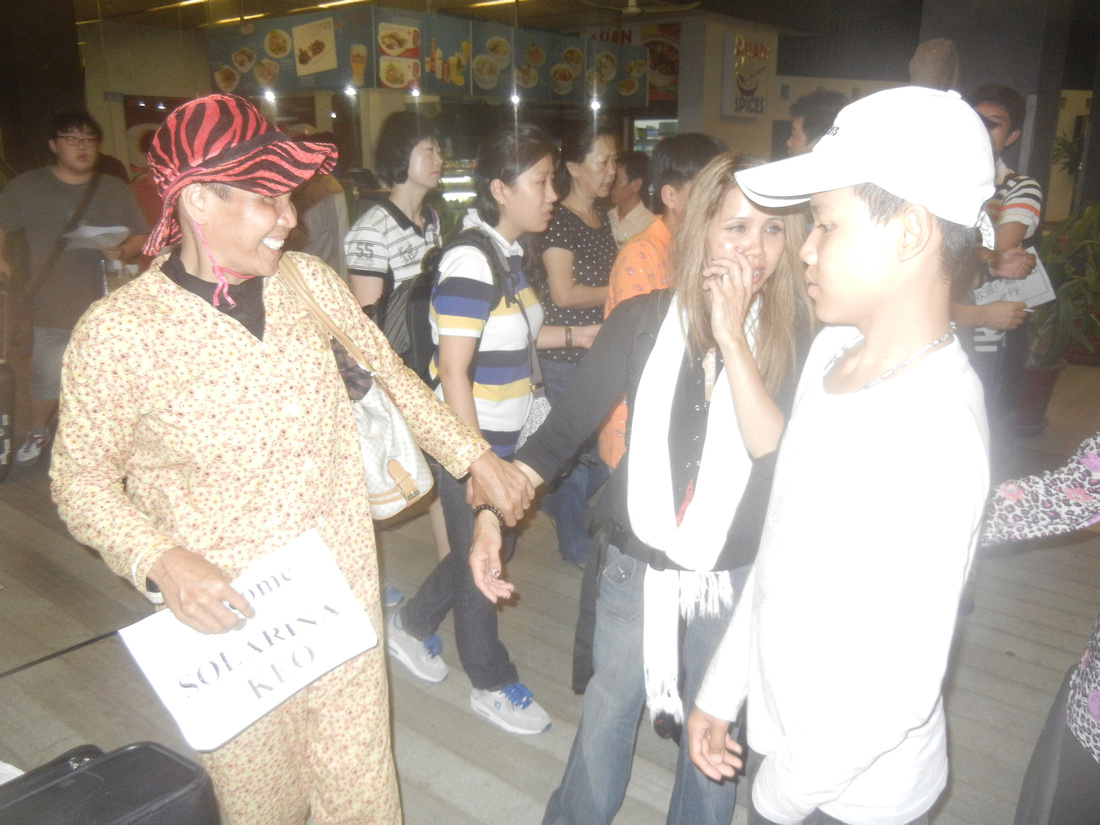 Rosa's sister Solarina had worked hard to make it a secret that Rosa and I were coming and you could see it in their faces how excited they were to see us - well, mostly Rosa. :-)  It was a fantastic night and there were lots of hugs and tears.  We got everything together, crammed into a van and went over to the hotel.  We all went up to our rooms and talked for a while longer. 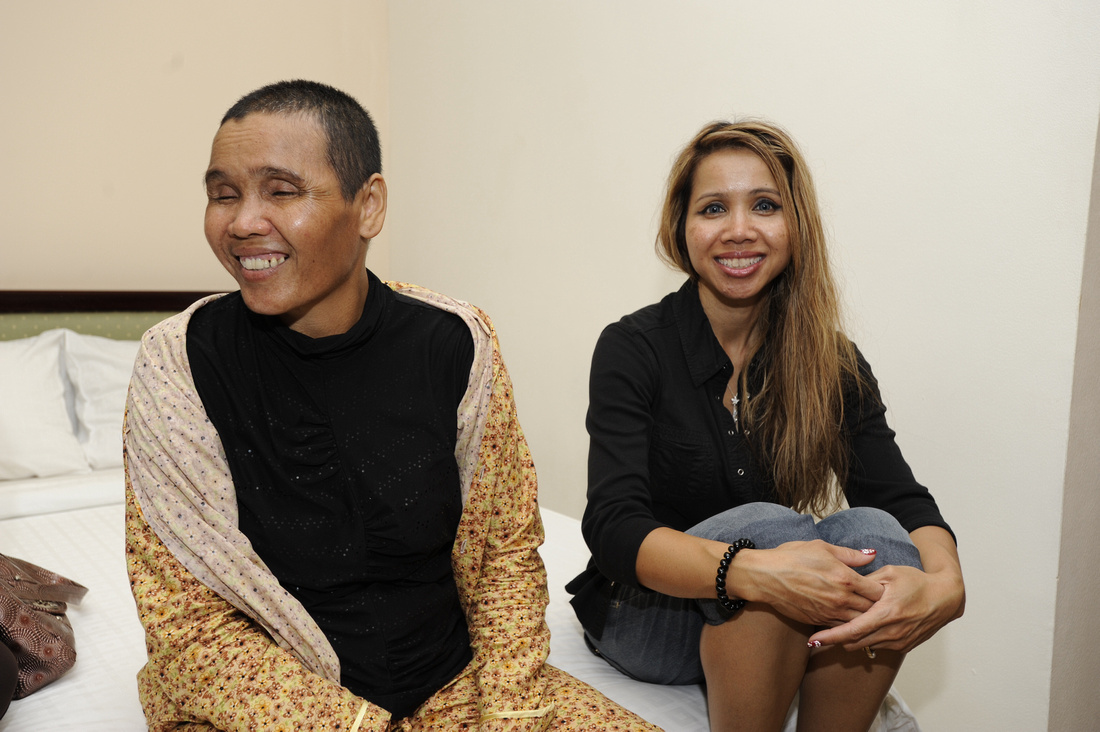 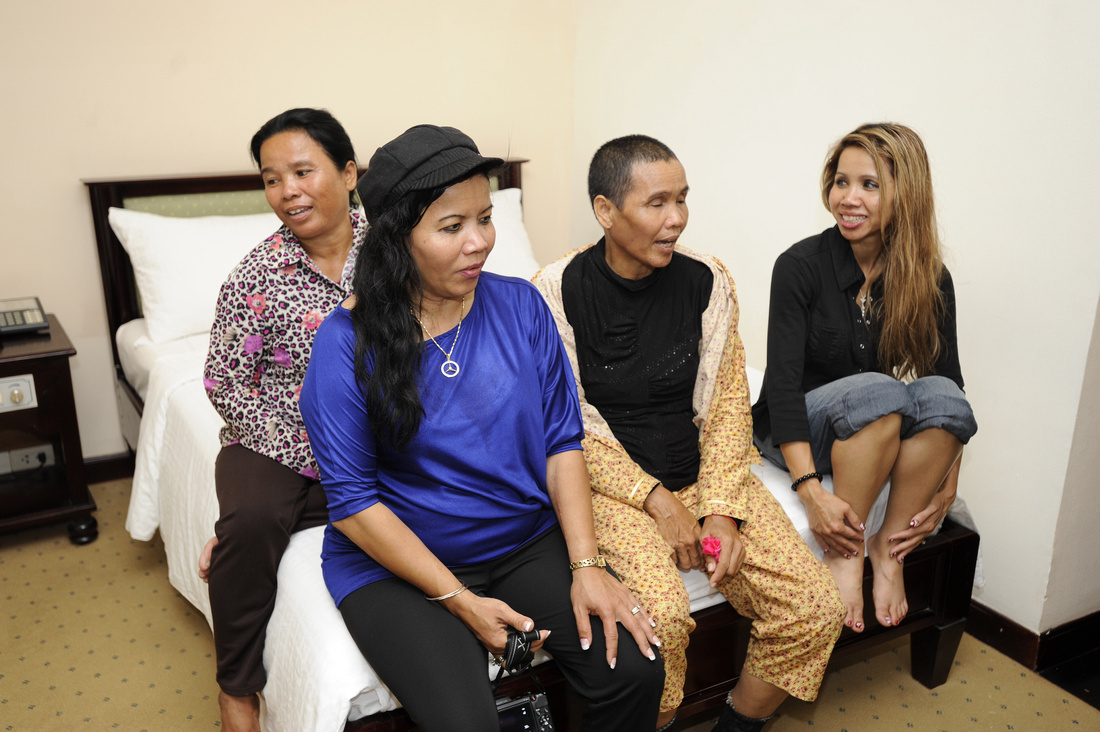 This is a picture of Rosa and her three sisters (Solarina is in the blue and came with us).  Rosa's oldest sister Sokha is the one who recently had her husband pass away and she was so thankful for the money that everyone donated to help cover the funeral costs.

Well, we're about to take off to go see the city a bit.  Just as an FYI, my phone doesn't work and I haven't yet arranged anything as an alternative.  It's already been a great day and it's only just begun. :-)