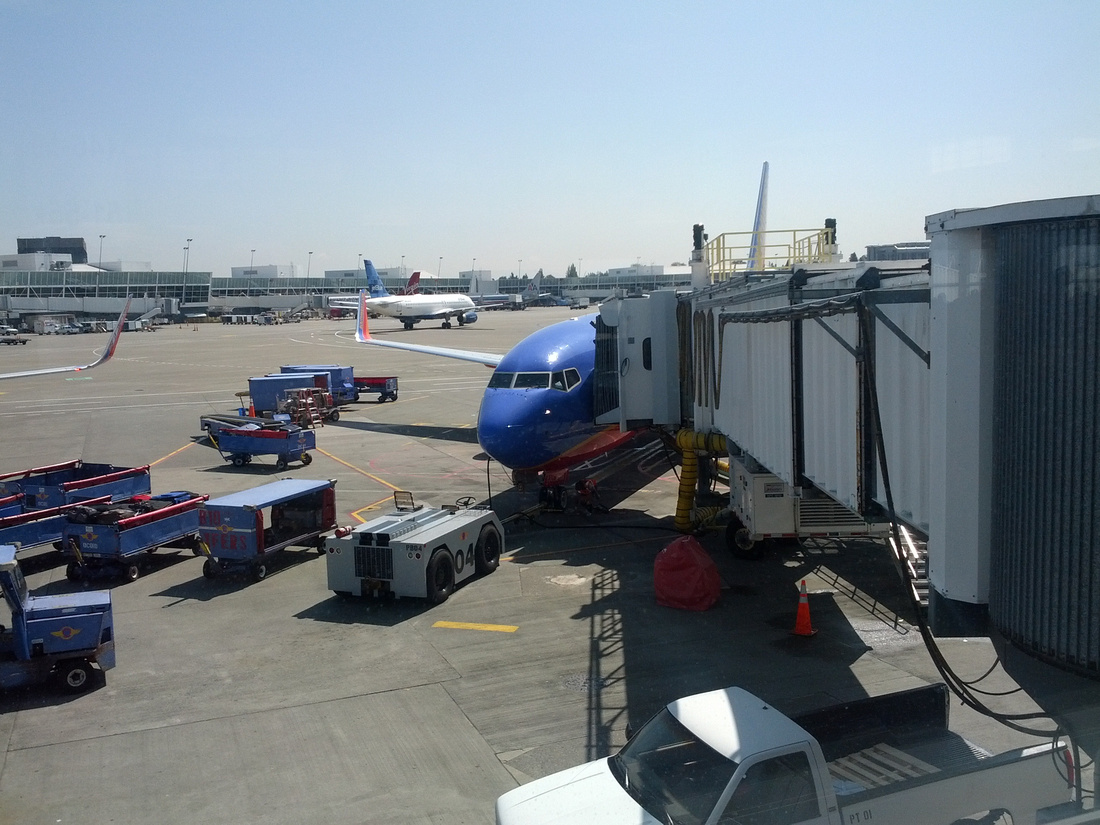 Well, we're off.  Tuesday was kind of an interesting day.  The plan was for me to take the kids to the airport and then head straight for work.  We ended up leaving the house a little later than planned and then topped it off by making a breakfast run at McD's.   Traffic wasn't too bad but when we got the the airport it seemed a little busier than I had hoped it would be.  But, we made it - just barely.  By the time we got through the baggage check in, security, and made our way to the gate they had already started lining up.  It kind of had that old MTC feeling.  Basically I just had time enough to shuffle them into their place in line and give them a quick kiss and a hug and then they were off and down the boarding ramp.  Just like that.

We spent the next two days cleaning the house. :-) And now here we sit waiting for our flght to board.  It's hard to believe that in just a few short hours we'll be on the other side of the world experiencing a whole lot of things for the first time.  I can already tell that this is going to be an amazing trip!

I don't know how often I'll be able to update this, but I'm hoping to keep everyone up-to-date as the next couple of weeks progress.  I know this is a public site, but for the most part only family knows about it, so it should be fairly safe.  We'll keep the Facebook posts for when we get back. :-)