Tuesday we said goodbye to Siem Reap. It was kind of a long goodbye considering that we didn’t check out of the hotel until around 11:00 and then went over to Chantha’s house to have lunch together. The plan was to check out and drive to Phnom Penh, which is about a 6 hour drive. However, Rosa’s sister was in no hurry to get there and decided that we would do a little site seeing on the way. So, we took our time getting out the door, so to speak.

I had mixed feelings about the scenic route - on one side I was really excited about seeing more of the country and getting a better feel for the area and its people, and on the other hand Rosa isn’t anywhere close to 100% yet and a long trip would probably not be good for her (by the way, this proved to be true). But, we were more or less just along for the ride here and so the long road it was!

Tuesday we made it as far as Kampong Thom before it was starting to get dark and we decided to stay there for the night (about 3 hours). The city of Kampong Thom is pretty small and there weren’t too many choices as far as hotels go. There was one fairly nice one that turned out to be full so we ended up down the street at a $13 dollar per night place. It was $13 because we paid a little extra for a room with air conditioning. If we just needed a fan then it would have only been $7 a night. :-)

Let me tell you, the countryside along the way was incredible and I just soaked it all up. The road was actually pretty good and we alternated between small towns or villages and long stretches of rice fields or other farmland. 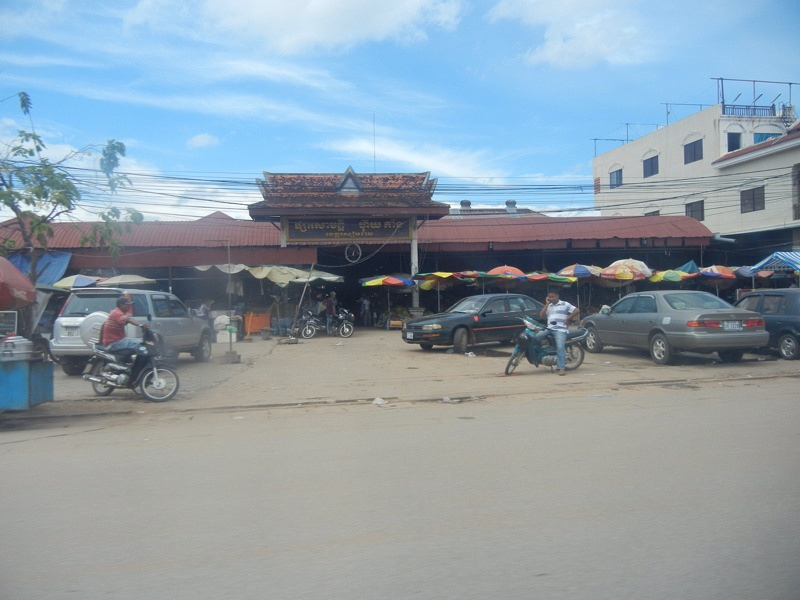 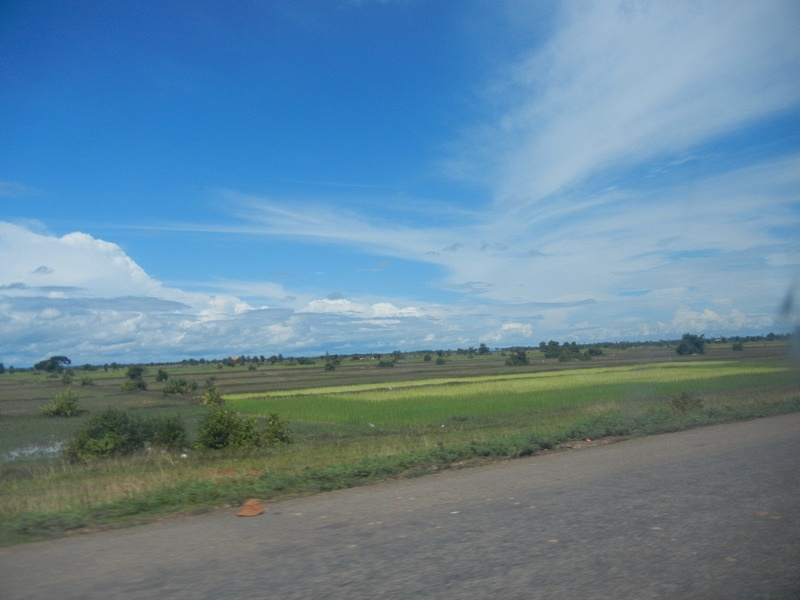 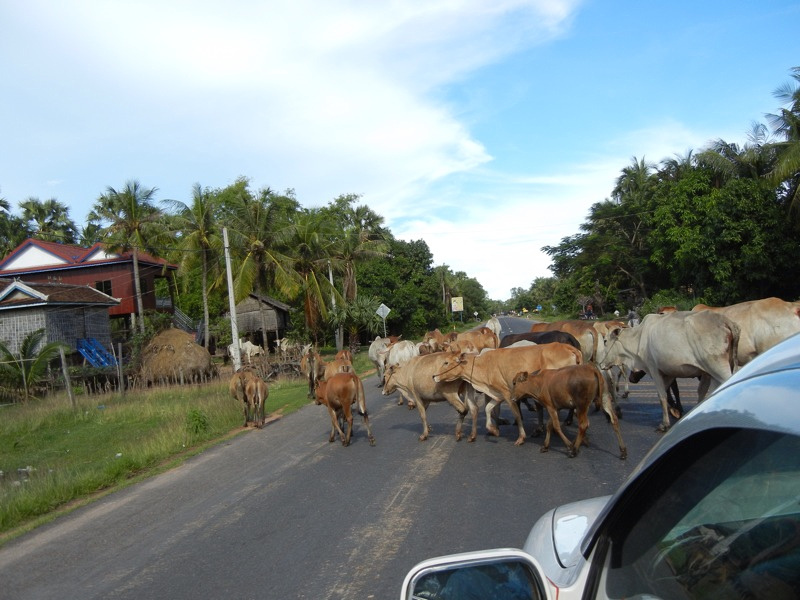 One thing you might find interesting about traveling along the road is at various places there are roadside stands set up where people are selling whatever the product of the area is. For example, we passed people selling all kinds of fruit, corn, chickens (yes there were chicken stands) and fish. One particular fish stand caught the attention of the woman in the front seat so we stopped and procured a few bags full. 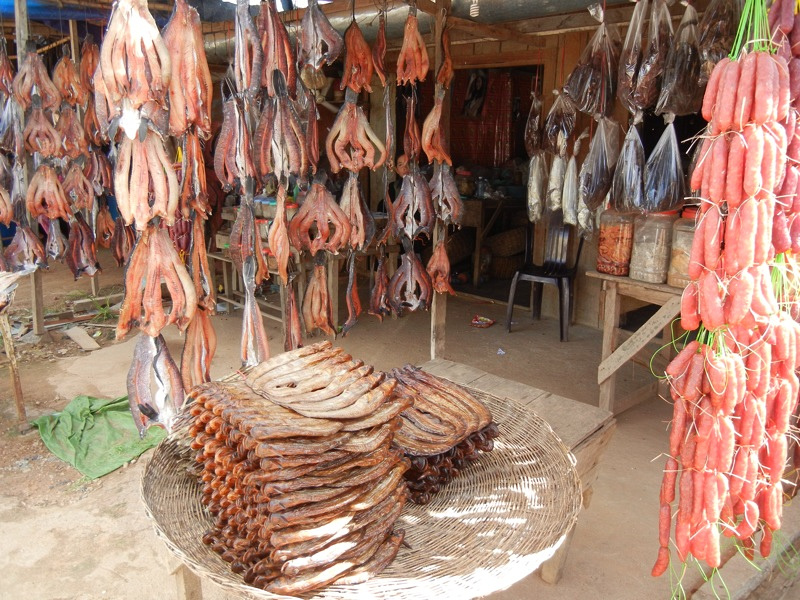 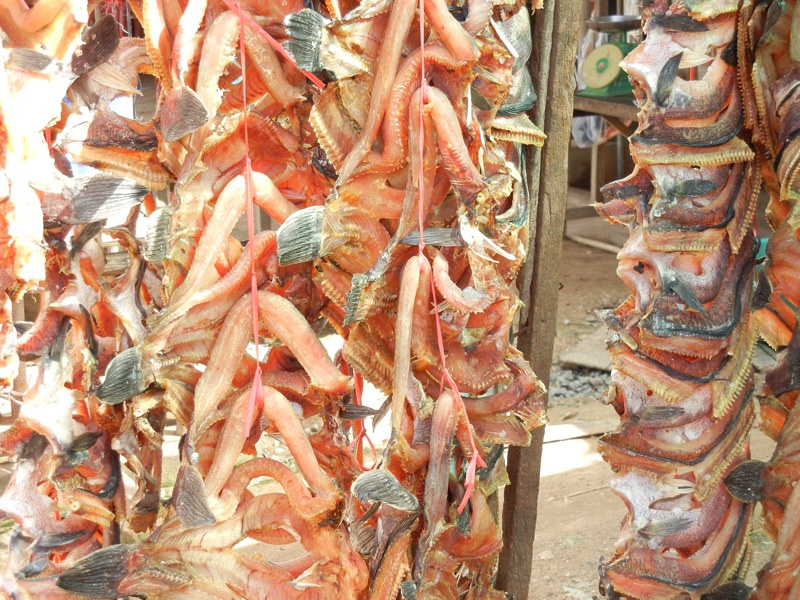 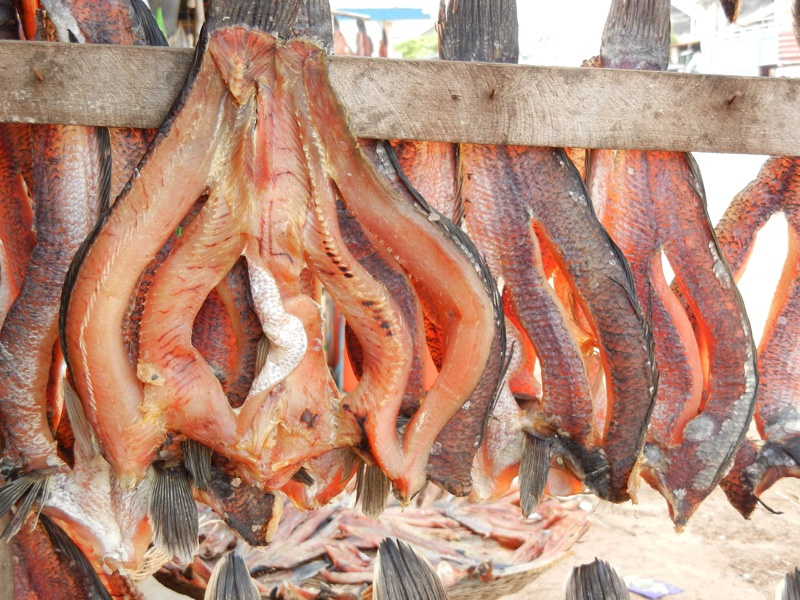 I can hear you from over here and I know what you are asking right now and the answer is yes, it does smell as bad as you think it does. And yes, they did put it in the trunk so we didn’t have to get up close and personal with it. And no, I will not be eating this. It is kind of pretty though.

The night was fairly comfortable, mostly because I had the AC blowing on me all night and we were up bright and early (as usual). By the way, our sleep schedule has been a little out of the ordinary since we’ve been here and I’m not sure why. It gets dark by about 7-7:30 so that may have something to do with it, but Rosa is usually snoring shortly after 9:00 and I will usually stay up and read or work on my projects until my eyes get heavy - which is about 10:30. Then, we’re up and going by 6am. Crazy huh? I suppose this is actually a “normal” sleep schedule, but I can honestly say that I’ve gotten more consistent sleep this vacation than… well, ever.