I’m not sure timing has ever been our strong suit, but hey, that’s how life is sometimes. Tuesday night while we were at dinner Rosa mentioned that things seemed a little off because she couldn’t taste the food very well. It seemed a little odd but things seemed normal otherwise so we didn’t worry too much about it. That night she complained a bit about a headache and a stiff neck and didn’t sleep as well as she would like. When we got up in the morning and I had a good look at her it was obvious that her Bells Palsy had come back. She had this once before almost exactly 4 years ago. Luckily, like last time it doesn’t seem to be too bad - though it is still pretty uncomfortable for her. I called our doctor in the US and he basically said that there wasn’t much we could do about it at this point and we should just let it run its course. 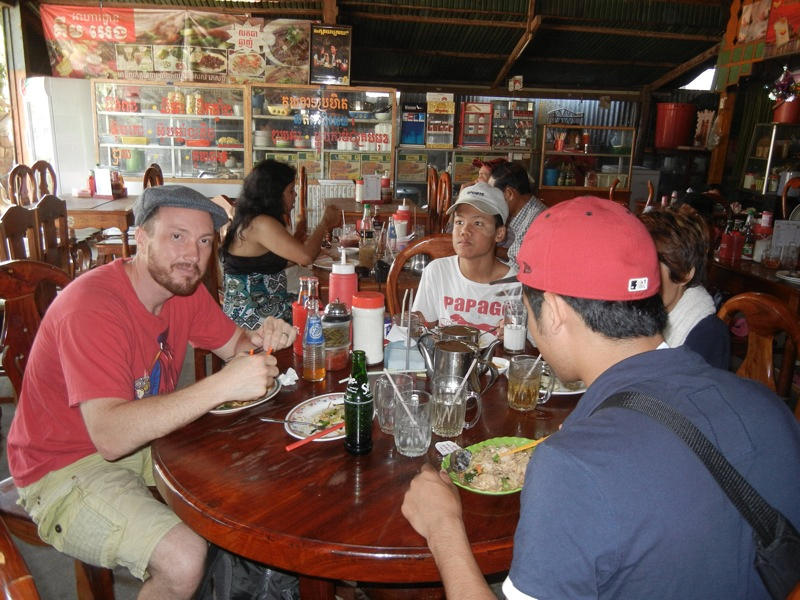 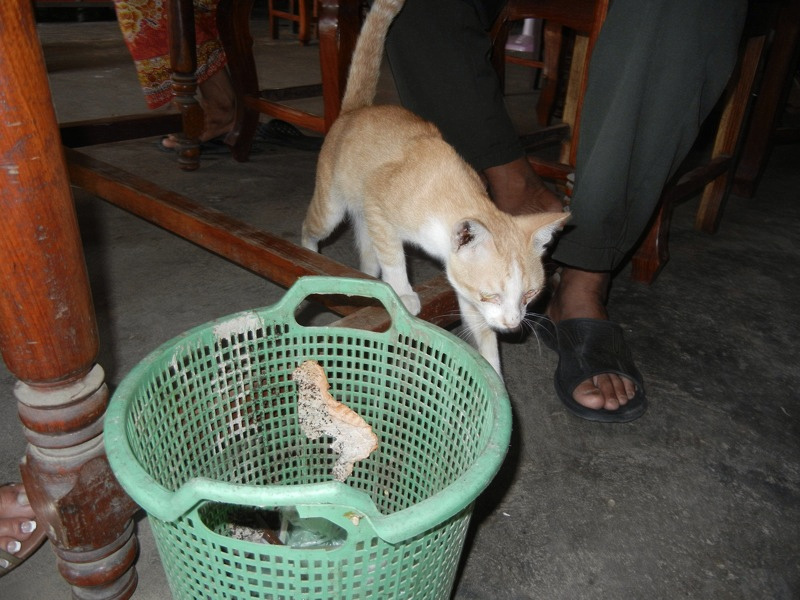 So Rosa is making the best of it. Breakfast was at a restaurant down the street from our hotel and we had a great dish of stir fried noodles with beef and a fried egg. You’ll notice the cat walking around? There are cats and dogs everywhere here. As far as I can tell they are all wild, though I imagine that some of them are considered something of a pet. In general my recommendation would be, don’t touch any of them. :-) Oh, they’re nice enough. In fact I haven’t had a single dog bark or bare its teeth at me, or anything like that. The cats all want to rub up against your leg and would probably love to get a good scratch. But again, don’t touch. As you might notice from the picture the cat’s eyes seem to be oozing something slimy. That seems to be a fairly common denominator. They all look very friendly, but then you take another look and feel like if you touch them you may need shots for something, or at the very least a good hand wash. :-) 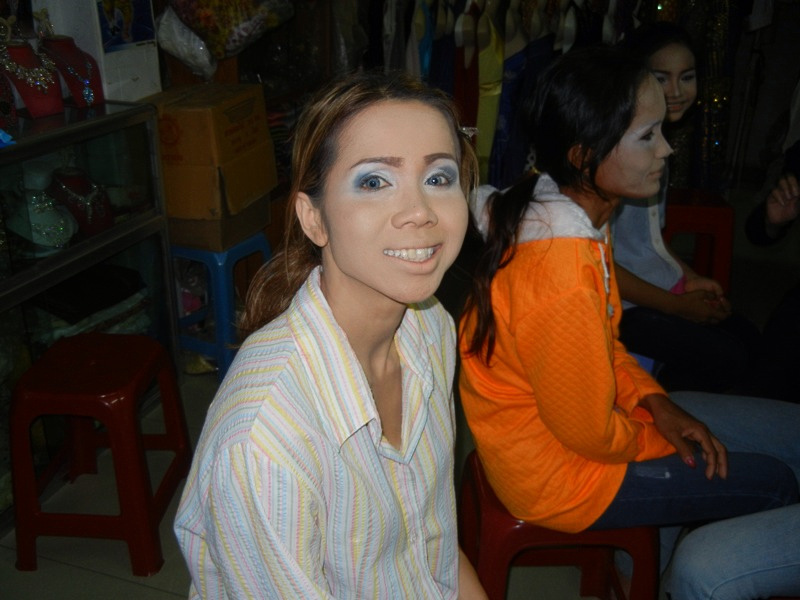 One of the things that is very popular to do over here (for the Cambodian people) is to go to a place where they will dress you up and do your makeup and then take your picture. Rosa had planned on doing that and went ahead with the plan even though things weren’t exactly as she had wanted them to be. They did a good job of it and they were a bit over-photoshopped for my taste, the pictures turned nice. They even had me jump into a few of them. I may or may not decide to post some of them, later. :-)

Afterwords we decided to take a ride on the scooter with Rosa’s nephew and got to see a little of the city. It’s a little bigger than Siam Reap, but doesn’t seem as busy to me. Probably because it’s missing all the tourists. The gauze on Rosa’s eye is something she put on because she can’t involuntarily close her right eye and it gets dry pretty quick. We stopped at a couple of the landmarks and on the way to Rosa’s sister’s house we passed by the local LDS church. It looked like there were people there so we pulled in to say hi. It looked like there were a few meetings going on, something for the adults and an English class for the youth. There were teenagers everywhere so I’m guessing it was the usual weekly youth night. We could see through the window that the English class was being taught by the elders and it finished up while we were waiting outside the door. They came out and we talked for a few minutes. One was from Colorado and had been out for a while and the other from Salt Lake and had only been there for 2 weeks. I asked them if they would be willing to help me give Rosa a blessing and so we went into one of the rooms and took care of her. It was kind of cool to hear the elder anoint in the Khmer language. That was something that I only remember doing a couple of times and there’s no way I could these days. They said the work was going well here. The church was very new - only built in the last year and shows the way the church has grown here. When I served my mission the country was still closed to the church and it only opened up in 1996. I’m not sure of the statistics, but I know the church has really grown since then. 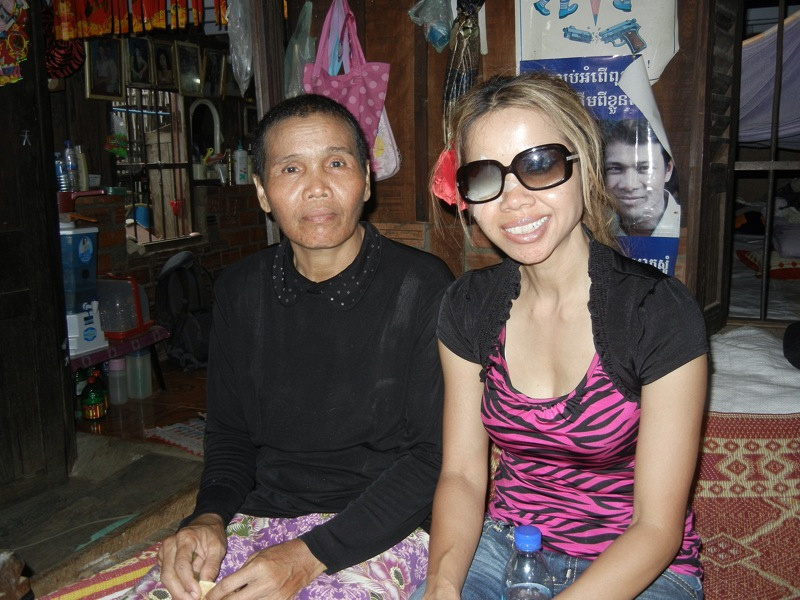 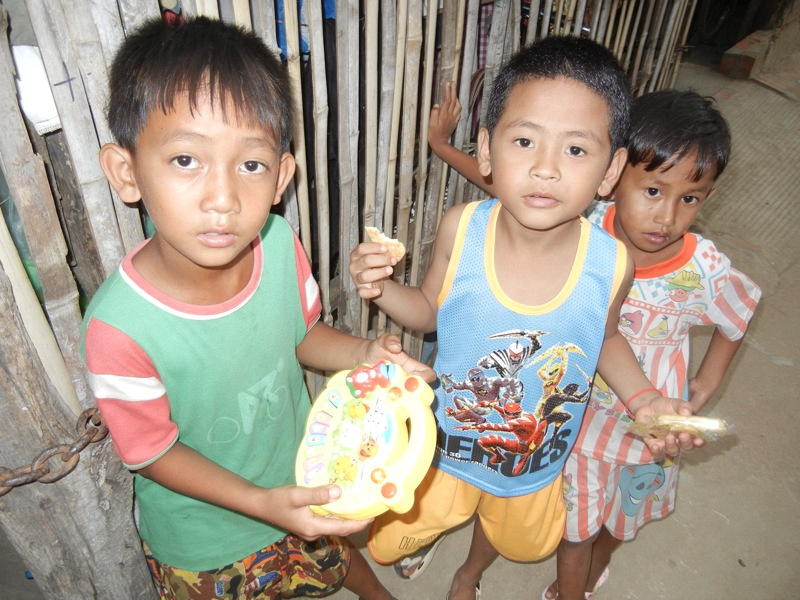 The kids had one of those toys that has a couple of animals on the top and when you press them it says their name.  For some reason when you pressed the cow it would say, "cattle".  I tried to teach them "cow" but it just didn't sink in. For the most part the rest of the day was spent over at Rosa’s sister Sokha’s house. Everyone ate together and generally just “hung out”. While we were there I walked around a bit to explore and this little boy came up to me. He was so cute and his mom came over next to him and he started to talk to me in English, “Hello sir, how are you?”, “What is your name?” and I asked him questions in return. He is 2 years old and as cute as they come. I think I’m going to try to print this picture and send it to him somehow. 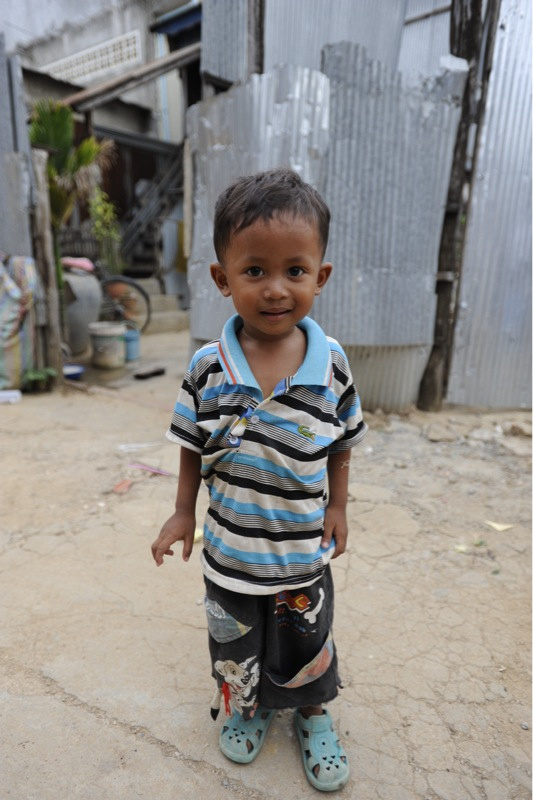 Speaking of pictures, one of the little ones drew one of (I think) me.  It started out pretty good, but then I was a little confused by the end.  I'm going to assume that I'm holding hands with myself. :-) Carolyn(non-registered)
I would say in the first picture you are holding hands with yourself. In the second one you are about to be eaten by a tiger. I don't know if that is a good sign. So sorry to hear about Rosa!! I hope she gets feeling better soon. Does the bells palsey come on because of stress, or something like that? Maybe I should read your link. We are praying for you guys and now I know to pray specifically for Rosa! We love you! And, I totally laughed when I read about the cats and dogs. Funny thing is that I generally feel that way about cats anyway. Ooze or no-ooze. Lynnette, on the other hand would really want to pet and cuddle them :).
No comments posted.
Loading...
Subscribe
RSS
Recent Posts
Nephi Was Commanded to Build a Boat The Final Leg Off the Grid Of Clean Feet and Water A Good Sabbath The Final Four Rest and Recuperation A Humble Abode A Rung Bell A Bit of a Homecoming
Archive
January February March April May June July August September October November December
© The Shurtz Family
Powered by ZENFOLIO User Agreement
Cancel
Continue