Can you think of something that you’ve wanted to do for over 20 years and when it finally happens it happens so quick that it almost doesn’t seem real? Back in 1991 when I was first introduced to the country of Cambodia and it’s people, one of the first things I learned about was the magnificence of the symbol of the country, Angkor Wat. Yesterday we got up and took a tuk tuk over to Angkor Wat and it was an amazing experience. The ride over was very nice. I’m starting to think that the tuk tuk is the best way to get around - though I’m still amazed at the ability of everyone to work together so calmly and my description of “organized chaos” is still spot on. I’m starting to get used to pulling out onto the wrong side of the street and traveling head on to traffic until just at the last moment where they scoot over to the right side of the road. I’m fascinated by it actually. Here’s another thing that I love. In America some of the traffic lights have countdown displays for when the light is going to turn red. The few stoplights they have in Siam Reap are exactly opposite and countdown to the green light. It has a very race car feeling where you can almost hear the people revving their engines before it turns green. :-) 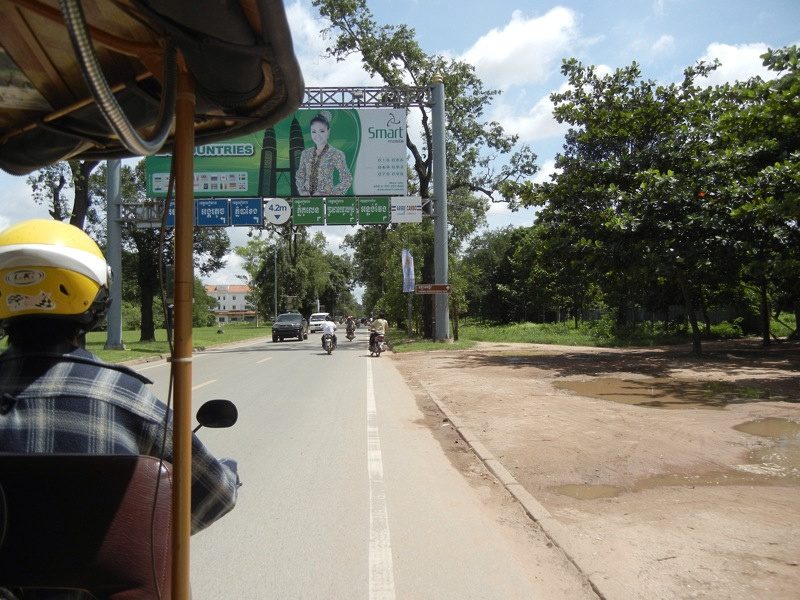 The ride over was very nice and was only 15 minutes or so from the hotel. As I’ve mentioned earlier, this is a trip full of firsts for me and one of the things I was interested in seeing was what the jungles of cambodia were like. I grew up in the desert where the moutains had trees but you could pretty much go anywhere you wanted as the foilage wasn’t too thick. I now live in a place where the trees and vegetation are so thick that it’s impossible to blaze your own trails and for the most part you need to stay on established trails if you want to go anywhere. I’d say the forests of Cambodia is somewhat in-between the two. It’s thick, but not so much that you couldn’t make your way through it if you need to. Over the years I’ve heard so many stories of people making their way out of the country, escaping the atrocities of the Khmer Rouge and all of the evils that went with it. Rosa herself was carried out on the back of her older sister and I know many people with similar stories. So, part of my experience here is to try to get a good picture of what it might have been like. Needless to say, I have a deeper respect for the perserverance of the Cambodian people and their ability to survive some pretty awful things. 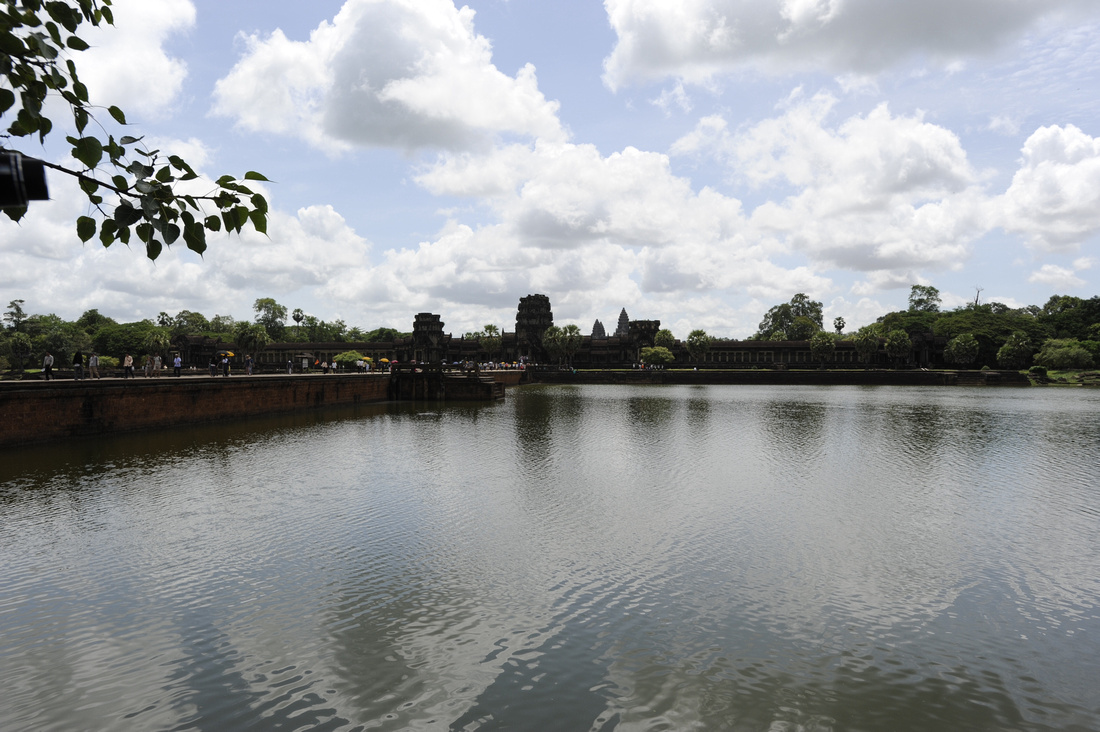 Angor Wat is really, really big and includes some pretty fantastic sites. They don’t charge anything to the Cambodia people to visit but I had to get the day pass. I admit that I did try to convince them I was just a white Cambodian, but it didn’t work. :-) 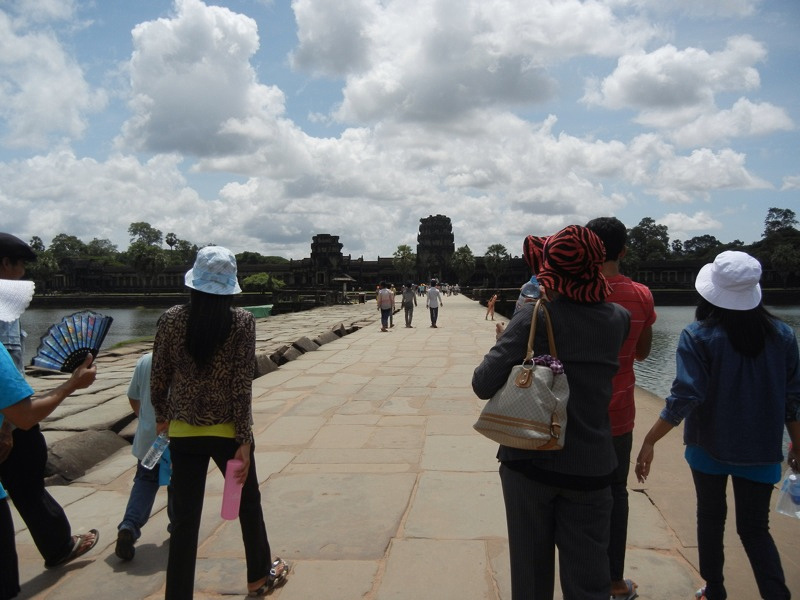 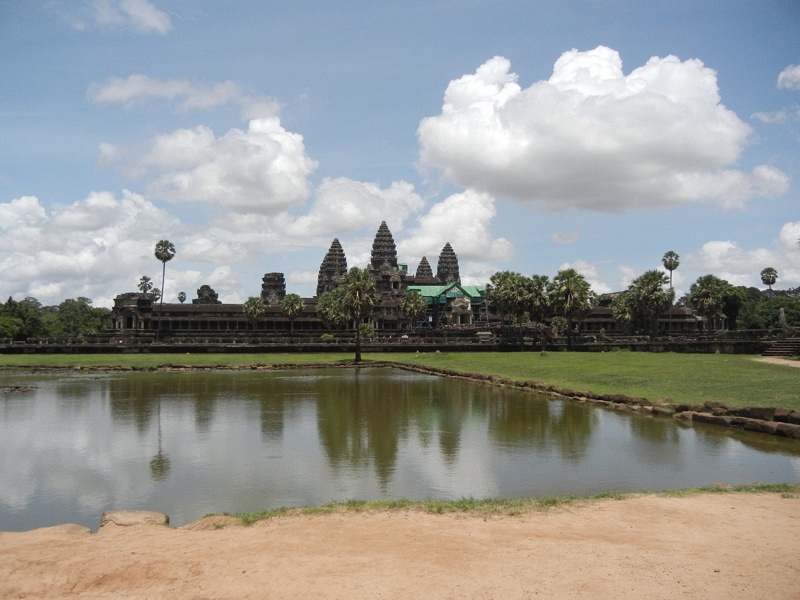 Speaking of the language, Jen asked how it was going for me. I’m happy to report that I’m doing ok. I wouldn’t say I’m anywhere near fluent - but I’d call it passable. When I was on my mission it was hard to get immersed in the language because I was still living in the states and we worked with all of the southeast asian people, not just the Cambodians. It’s been fun to experience what it’s like to be immersed in the culture and language. To be honest, it’s not so different than some of the family gatherings back home and it feels quite natural to be here. There is one thing that’s a little odd for me though and it was just yesterday when it hit me what it was. In America all the kids speak English and I was always able to talk to them with no problem. Here the kids don’t speak a word of English and it’s odd to my ears to hear Cambodian coming from them. It’s kind of cute actually. 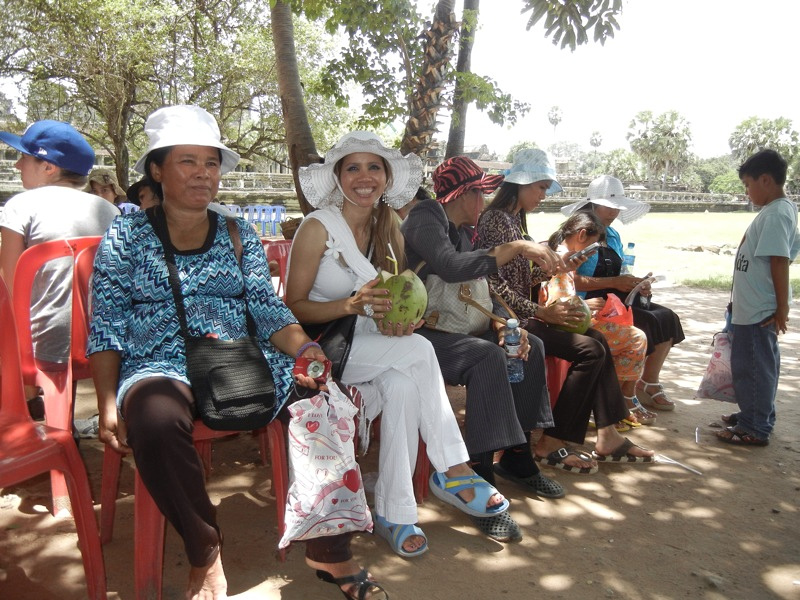 Angkor was great and hot. Really hot. Heat stroke kind of hot. 99% humidity, 100 degrees hot. Sweat like a pig and sunburn hot. At one point after we had gone through the main Angkor Wat temple we stopped for a rest in a small market area. I bought a couple of bottles of water and drank the first without stopping. The second followed afterwords and it wasn’t until I had sat for a while in the shade before I started to feel normal again. We were still with all the family and I think they were amazed at my reaction to the heat. I had to laugh because most of them were in long sleeve shirts or jackets and didn’t seem to even notice the heat. I am definitely from the northwest, where I start to boil at around 70 degrees. 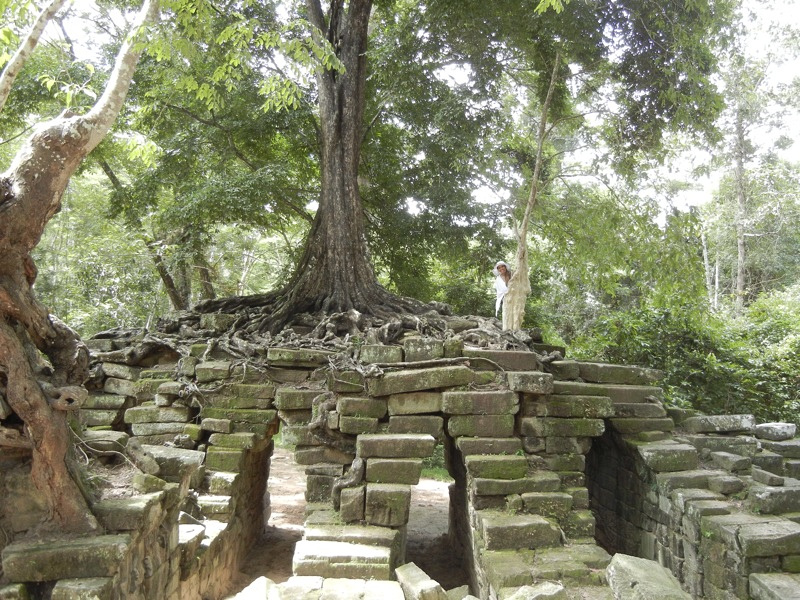 After the main Angkor Wat temple we separated from the rest of the family and Rosa and I - along with a couple of the nieces and nephews continued the tour on the tuk tuk. We visited the Bayon temple and a bunch of other places, including the spot where Angelina Jolie made famous in Tomb Raider. There was restoration going on at many of the sites and (unrelated) there weren’t too many people there. Apparently this isn’t the most popular time to visit and it made it nice for us. 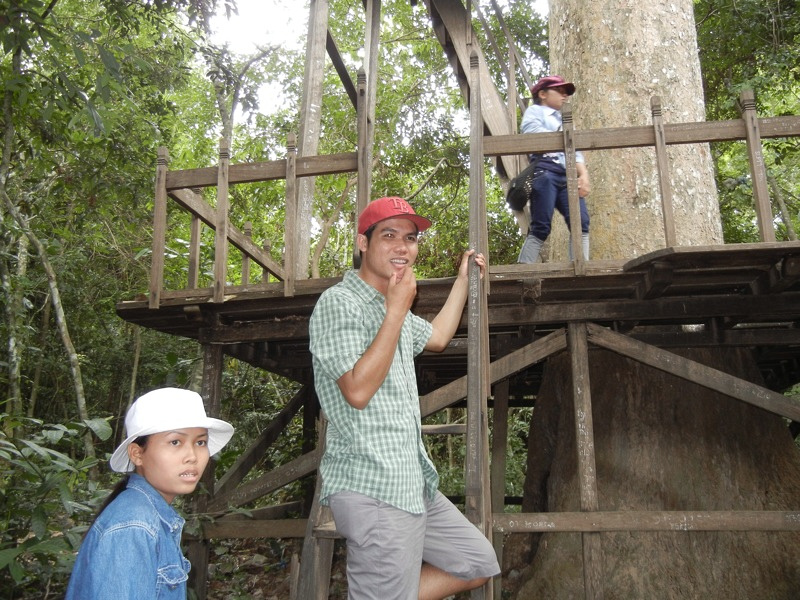 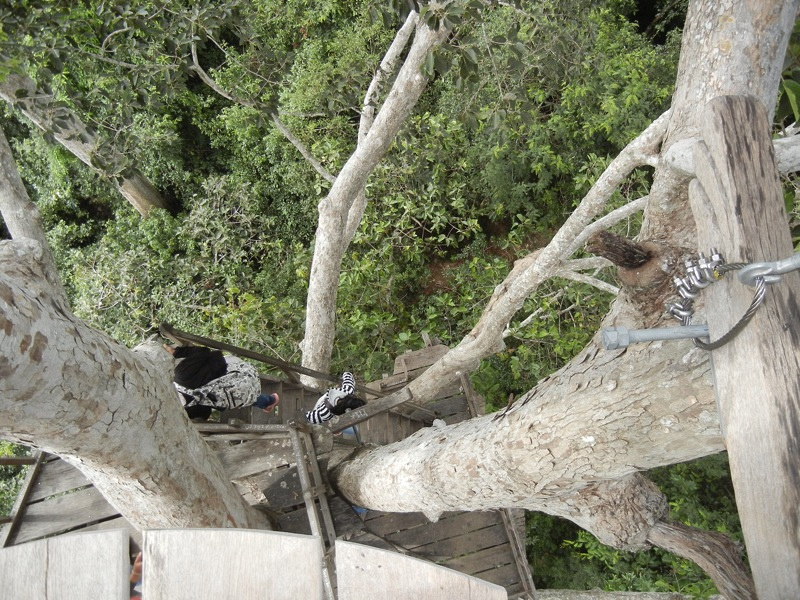 There’s an advantage in traveling with our nephew who lives here in Siam Reap. He knew about a place a little off the beaten path that was kind of fun. Apparently the Japanese found one of the tallest trees in the area and built a tree house in it. It was probably the best tree house I’ve ever had the privilege of climbing and had multiple levels to go through. The top had a fantastic view and it was well worth the climb up.

I had a conversation with Khalina earlier in the morning (our time) and her one request was that I find a monkey to bring home. I admit that I was pretty anxious as well because apparently there are monkey’s everywhere in the area. We didn’t see any throughout the day and were on our way home when suddenly we passed a brood(?) on the side of the road. We yelled at the tuk tuk driver and he kindly flipped around for us. 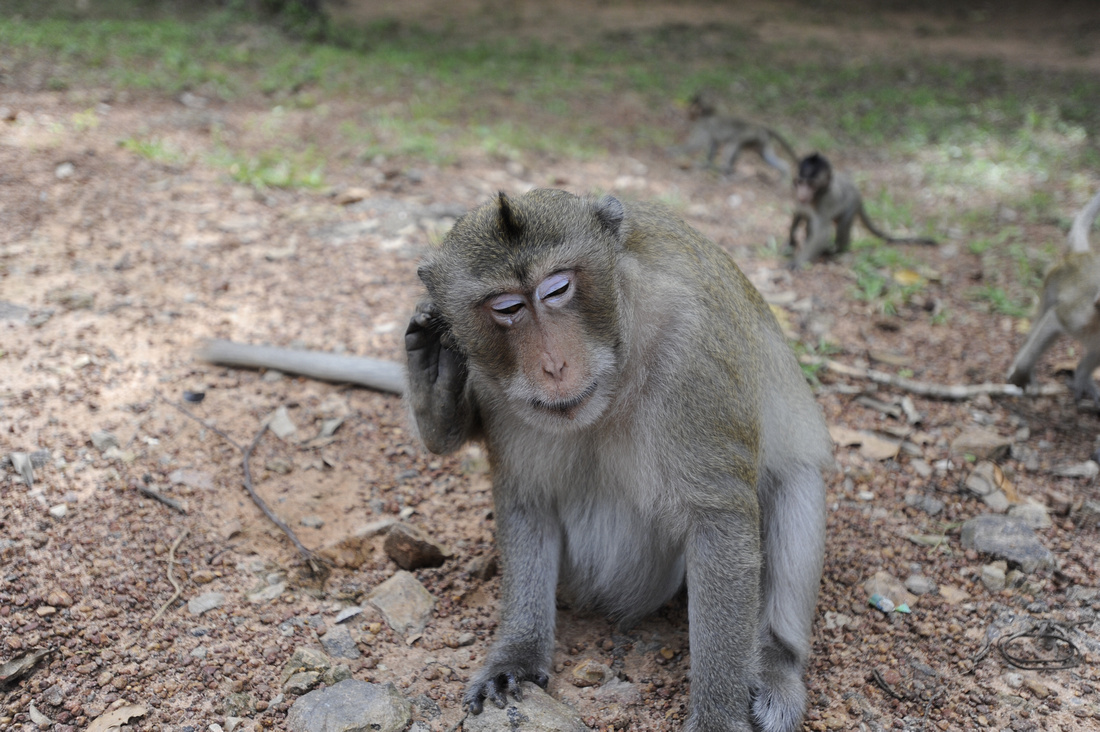 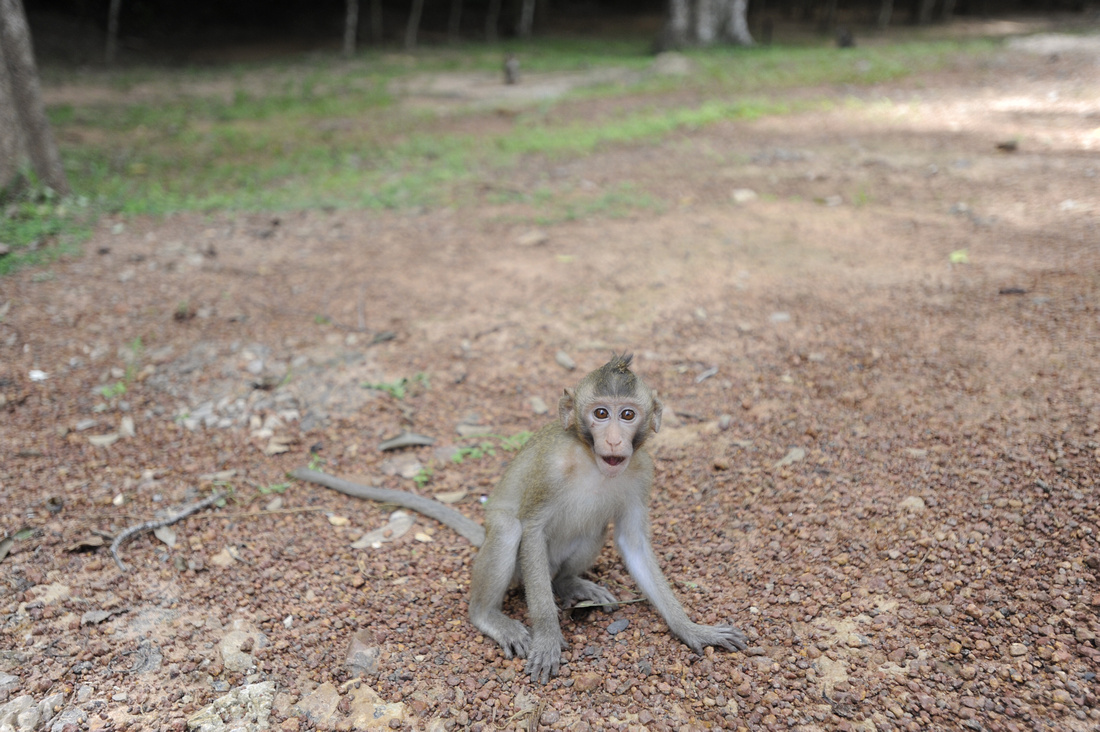 The monkeys were right there on the side of the road only a few feet away and they kindly sat there while I proceeded to take a bunch of pictures. There was a momma and a bunch of babies and Khalina, you would have cried to see them. They were so cute. Then the battle began. In my haste to grab my camera and squat down in front of the various monkeys I left my camera bag open back on the seat of the tuk tuk. While I was snapping pictures I heard a yell from Rosa’s nephew. Apparently one of the monkeys had ran around and was trying to steal the stuff out of my bag. 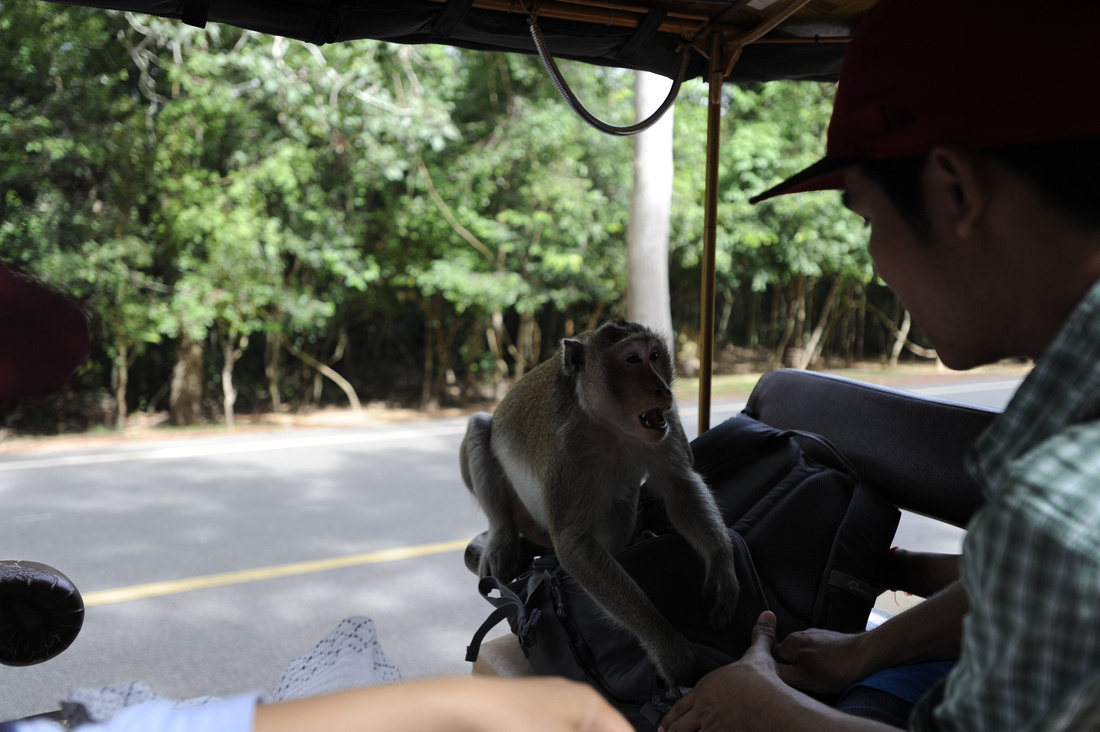 I ran around and we began a fierce battle where he was trying to assert that the contents of my bag were now his and I was disagreeing as best I could. The problem was he seemed to have pretty sharp teeth and I didn’t really have a good weapon to fight against them. In the end I resorted to using the strap from my camera as a whip of sorts and darted in and out with it - jumping back when he would bare his teeth at me. Eventually I persevered and he finally jumped off and ran away. I admit that I felt a surge of pride in my victory. :-) 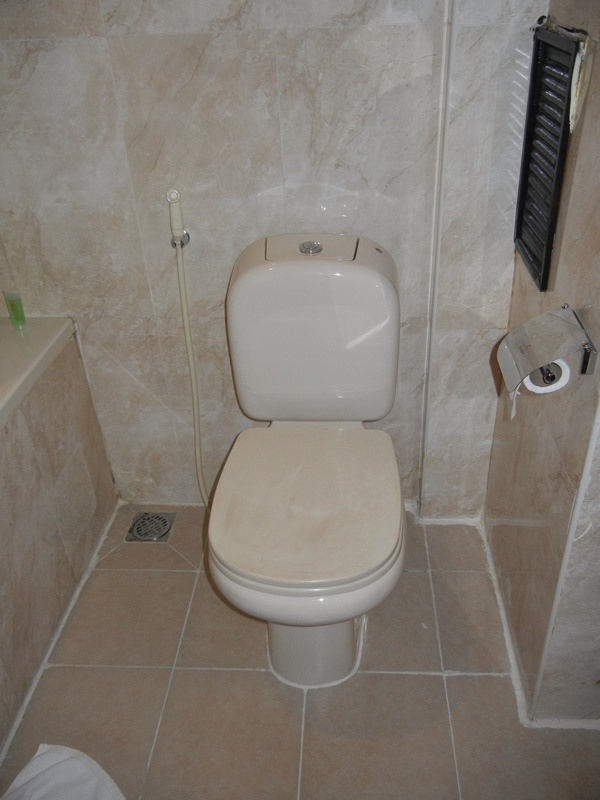 Unfortunately, the battle wasn’t over. We had a bite to eat over at Rosa’s nephew’s apartment and then Rosa and I went back to the hotel to shower and freshen up. Within an hour we were both feeling the dreaded stomach ache and basically spent the night on the toilet.

Today we haven’t done anything other than lay around our room and try to recover. We’re both starting to feel better finally and hopefully it will all be gone by the time we need to leave for Battambang tomorrow. I can tell you this though - I’d rather be fighting the monkey.

Lynnette(non-registered)
I just looked at your site for the first time today. It looks so fun! I got choked up when I saw Rosa's reunion picture with her sisters. I'm so jealous of the whole trip - I wasn't sure what to expect as far as conditions in Cambodia, I tend to underestimate places outside the U.S., I admit. It looks like a beautiful city, though. I can't wait to see more!
Khalina(non-registered)
iuhrgfisugihgsilhir
My monkey is soooooo cute ;)
Haha i love you mom and dad! Watch out for fleas ;D
Roger Shurtz(non-registered)
This is very interesting and fun to read. I had a similar feeing when we went to Scotland last year, especially listening to them speak. The lights in Scotland turn yellow before red and then yellow, then green. I thought it was a pretty good idea but I got used to American ways when I returned`
No comments posted.
Loading...
Subscribe
RSS
Recent Posts
Nephi Was Commanded to Build a Boat The Final Leg Off the Grid Of Clean Feet and Water A Good Sabbath The Final Four Rest and Recuperation A Humble Abode A Rung Bell A Bit of a Homecoming
Archive
January February March April May June July August September October November December
© The Shurtz Family
Powered by ZENFOLIO User Agreement
Cancel
Continue